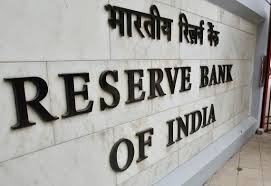 Today RBI will review credit policy . RBI’s six-member Monetary Policy Committee (MPC) is meeting second time after demonetization .  Market is expecting  25 basis points cut in repo rate . Repo rate is short form of repurchase rate .It is also known as short term lending rate. RBI lends money to commercial bank as per this rate . Low repo rate is not only beneficiary to commercial bank but also to industry .  Commercial banks can lend money at low rate to industry if they get benefited  from RBI .
In last meeting MPC had  left repo rate unchanged to 6.25 % . The decision was taken considering some internal as well as external factors .  The  main external factors which were considered by MPC were possible rate hike by US fed and rising oil price as well as US dollar . At present US federal reserve has preferred pause for rate hike but concern of rising oil price has not gone away . Rising oil prices is a  challenge to India’s growth. Economic Survey presented in Parliament has also confirmed this view. The main internal factors considered by MPC were situation after DeMo (demonetization) . After DeMo lending rates have already fallen by up to 1%. In spite of that   there was little enthusiasm  among borrowers which was also considered by MPC in keeping repo rate unchanged .  RBI, acknowledging the demonetisation factor had lowered its gross value added growth estimates for the current fiscal to 7.1% from 7.6% forecast earlier.
Considering above factors  experts feel that stock market is unlikely to rally further with repo rate cut of 25 basis points .Any more rewards or rosy outlook will provide excuse to push market up though valuation is not so cheap. Any disappointment will pull market down . In that case Nifty's downside towards 8660 not ruled out .